The Consequences of Being Convicted of a Drug Crime in Maryland 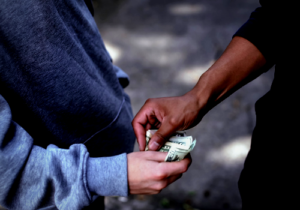 Drug convictions can have a devastating impact on a person’s life. Aside from jail time and fines, there are many potential consequences of being convicted of a drug crime in Maryland.

Let’s understand what happens after you are convicted of a drug crime.

Types of drug charges in Maryland

A drug offense is listed under four types of charges, which are:

When someone is convicted of a drug offense, they may face penalties but before that, they will experience a lot of stigmas. This stigmatization can make it difficult for them to think clearly or get the legal and social help they need during that time.

Since a guilty plea isn’t always the only option when dealing with a drug offense in Maryland, you should consider hiring a skilled drug charge attorney to determine the future of your case. They will be able to negotiate a fair and appropriate plea agreement with the prosecutors and lead you to the future you deserve.

Punishments for drug convictions in Maryland

Drug possession crimes can have a range of punishments. In Maryland, CDS or Controlled Substance Laws are divided into four schedules; I, II, III, and IV – the first one being the most dangerous and attracting the highest degree of punishment.

First-time offenders (convicted under Schedule I and II) can get up to 20 years in prison and be fined up to $25,000. The second conviction attracts a minimum of 10-year prison sentence or $100,000 in fine, or sometimes both.

The third and fourth convictions can lead to at least 25 years and 40 years in prison, respectively, and a fine of $100,000 in each case.

On the other hand, if you have been caught in possession of 10 grams or less of marijuana, you can get free of all charges by paying a $100 fine. As you can see, the punishments vary according to the degree of your drug crime.

What can be done to avoid a criminal record?

A criminal record can cause difficulty in employment, housing, and the ability to travel. There are a plethora of factors that can increase or decrease the likelihood of receiving a criminal record. While it varies from case to case, here are a few things that may help you avoid one.

That said, there has to be proof that they were in possession of 10 gms to 50 lbs of marijuana for it to be a misdemeanor. Your drug attorney will be able to strategize the plan of action for you in this case.

Get acquitted at trial

If your case doesn’t go to trial due to lack of evidence, you won’t face a criminal record. The problem with this is that acquittal at trial is beyond your control. It is the persecutor’s responsibility to prove you have committed a crime. If they can’t do that, your charges will be dropped. 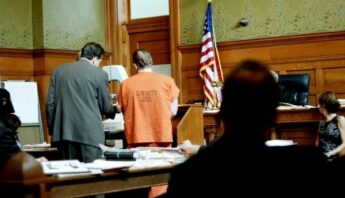 You can’t stop the court from sending you to trial. That’s out of your control. But what’s in your control is getting the right legal counsel as soon as you learn about your charges. An experienced and qualified attorney, who believes in you, will be able to build a strong defense for you and steer you clear of a criminal record.

Regardless of how serious or dangerous the drug offense is, many drug attorneys will have an aggressive defense strategy that will include any or all of the following:

A drug crime lawyer might also try getting you treatment for drug addiction (if required), which can also be used as part of the defense strategy to help reduce the sentence.

How a local skilled drug offense attorney can help you 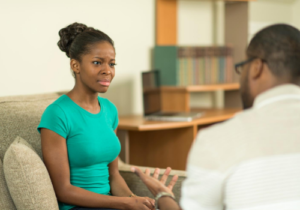 Drug offenses can be categorized as either misdemeanors or felonies. Maryland’s criminal law enforcement is well-known for being incredibly unforgiving towards drug-related cases.

In such cases, a good Maryland-based attorney can be the difference between you ending up behind bars or walking free. They can play a vital role in analyzing the case with a team of expert legal experts and coming up with a short-term and long-term plan of action for your case.

They can guide you through the legal procedure and inform you about your rights. They will also help you prepare statements to ensure you have diplomatic conduct in front of the persecutor and/or court members.

An attorney will help you evaluate the situation and give you the emotional strength and support you need to withstand the legal proceedings. And as far as treatment options go, a drug charge attorney can also discuss and possibly help you get the support that you or your case might benefit from, so you can have a new beginning.

The general public often looks down upon anyone who has a drug offense. And it doesn’t matter what your story is or whose fault is, you will always be at the receiving end of all the criticisms.

So, whether it is first-time drug charges or a repeat offense, an experienced drug defense attorney is worth considering. They can not only negotiate a fair sentence for you but also help you reset your life.