Understanding the 4 D’s in Juvenile Delinquency 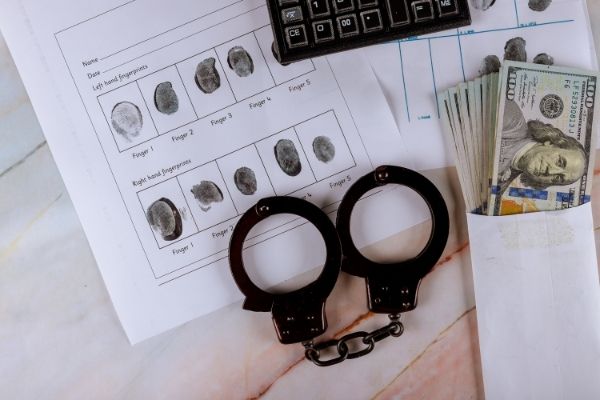 Only a moment of a bad decision, misunderstanding, or false accusation can upturn your entire life when you are a juvenile accused of a crime. The stakes are high– from being refused admission to a college of your choice to facing difficulty getting hired, a juvenile course can impact the entire trajectory of the child’s life and career.

However, an accusation does not prove guilt, and your child deserves to present their side of the story. If you are wondering, “how can I hire the best criminal Lawyer near me”, you’re in the right place.

Juveniles are usually detained when accused of the following crimes:

No matter the crime, it is only fair to fight for justice and do whatever we can to secure a child’s future. Owing to the same truth, the government has produced acts that protect juvenile justice and prevent any false or wrongful actions ag

In this blog, we find out about the foundational act in the modern juvenile court, which has led to juvenile justice in the country. The act is generally explained using the 4 Ds in juvenile delinquency.

The 4 Ds in Juvenile Delinquency

In 1974, the US federal government enacted the Juvenile Justice and Delinquency Prevention Act. It led to the founding of the Office of Juvenile Justice and Delinquency Prevention (OJJDP) under the Department of Justice. To date, the institution works towards gathering national juvenile crime statistics and research and administers four anti-confinement mandates.

If you are looking to hire a juvenile defense attorney, knowing about the 4 Ds of juvenile delinquency can come in handy.

If a youth is charged with a statute offense that would not be considered a crime if committed by an adult, they must be deinstitutionalized. For example, if a juvenile runs away, or is caught with tobacco and alcohol, they must not be detained by police to confinement.

Deinstitutionalization does not apply to more serious crimes such as carrying a handgun.

If you are looking for a juvenile defense attorney, it’s important to know that deinstitutionalization removes correctional programs from all places of confinement and locates them in settings of an open community.

This mandate overrides state and local law, thus limiting the discretion of law enforcement officers. It prevents an authority’s ability to reunify an offender with the family.

Decriminalization has worked towards reducing the number of legal rules by which juveniles stand delinquent. It especially removes status offenses from the list, adhering to juvenile justice.

In general, youths that are subject to the jurisdiction of juvenile courts cannot be held in jails and lockups for acts where an adult may just be detained. There is a 6-hour exception for identifying, processing, interrogating, and transferring the individual to a juvenile facility, court, or detention pending release to parents.

The act has extended this exception to a 24-hour window for rural areas. A juvenile defense lawyer in Baltimore must be aware of these exceptions for cases that require prompt action.

Arrested youths have to be strictly segregated from adults in custody. As per the “out of sight and sound” mandate, a juvenile cannot be served food by individuals who serve jailed adults. A juvenile can also not walk down a corridor or past a room where an adult is being interrogated.

In a way, this mandate forces local authorities to free juveniles, since maintaining a duplicate set of facilities and personnel usually proves expensive. Diversion stands true, especially for rural areas and smaller cities, where a juvenile defense attorney can bring up the diversion act to free a child from wrongful custody.

Furthermore, diversion works towards diverting first-time and non-serious offenders away from legal processing. With this rule, the goal of any official act is to normalize behavior. It is achieved through nonlegal institutions better than legal ones.

Due Process works on extending the constitutional protections of due process to juveniles. It applies not only to cases where a juvenile faces charges of criminal conduct, but also to cases involving issues of dependency, neglect, or moral turpitude. This helps a juvenile defense attorney work extensively on your case.

Due process also means that states must try to reduce minority youths’ confinement to the proportion of groups that are a majority. This prevents social injustice based on the case, color, creed, and locality.

Still wondering, “who is a trusted criminal attorney near me?” We are a reputed name in the field, with our experts leaving no stone unturned to ensure the legal safety and security of your child.

If you are looking for a juvenile defense lawyer in Baltimore, contact us today to discuss the case and find the best possible solution.