Why You Need a Criminal Lawyer in Baltimore: Criminal vs. Civil Law

Since it is common for people to contact civil lawyers to deal with criminal charges, let’s understand the difference between civil and criminal law as well as when you should seek a criminal defense attorney for your case.

Difference between civil and criminal cases

Criminal cases and civil cases are two of the most common legal terms that a person can come across. But the chances of an individual being involved in a criminal case are way higher than them being arrested for a civil offense. This is because criminal cases don’t go as easily unnoticed as civil ones.

A civil case is usually between two individuals while a criminal case is between the defendant and the state. The former deals with misdemeanors whereas the latter deals with felonies.

Another major difference between the two lies in their procedures. Criminal cases are usually investigated by the police while civil cases have to be filed in court if the individual wishes to take legal action.

Some of the examples of a civil case are defamation, property matters within a family, and disputes between neighbors. Criminal cases are more serious as they are considered offenses towards the entire state rather than an individual. These include the likes of fraud, sexual assault, murder, and cyberbullying.

That being said, certain civil offenses can be constituted as criminal offenses. For instance, a family’s property conflict involving death may not be pursued as a civil case, rather it will be filed as a criminal case.

What does a civil lawyer do?

A defense attorney, who practices civil law, is someone people need when they wish to go to court against another individual or business. They handle issues such as divorce, business lawsuits, and legal claims that involve personal damages. Their purpose is not to punish, but rather to help their client reach a favorable resolution.

What does a criminal lawyer do?

A criminal lawyer’s highest priority is protecting the rights of those accused of breaking the law, as well as defending them in court against charges filed by people or organizations affected by their alleged actions.

They represent them through all stages of the legal process to ensure that they are seen as innocent until proven guilty.

A criminal attorney also plays an important role in determining whether or not the defendant is guilty based on the evidence that has been gathered. In fact, part of their job is to take a case, investigate the facts surrounding the incident, and inform their client of how best to proceed with their case. 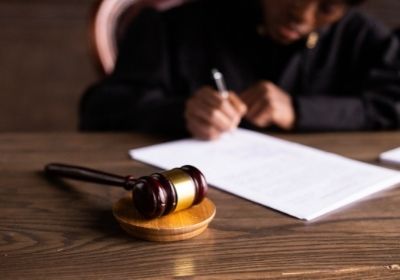 When to call a criminal lawyer

If you have been charged with a crime (more commonly known as a felony) in Maryland, a Baltimore violent crimes lawyer is your best chance at getting fair representation in the court.

A criminal attorney is the only one who can help you protect your rights when you are faced with mounting evidence, search warrants, and countless interrogation rounds on your alleged involvement in a crime.

Besides, there are multiple other reasons why you should seek a criminal lawyer immediately after learning about your charges.

To navigate the arraignment process

Arraignment, a critical phase of a criminal case, is a time when a person accused of a crime faces the judge and is told what charges they face and what their next steps will be.

This process ultimately determines whether or not you go to trial. And it is likely that you don’t know how to deal with the arraignment process. So, it is important to have excellent legal representation from an attorney who is experienced in criminal law.

Being labeled as a felon usually means missing work, confusion about your charges, anger towards the person who filed charges against you, and more. But it doesn’t have to be that way. Having a professional at your beck and call can not only allow you to navigate the judicial system properly but also make you feel safer.

While you are the most knowledgeable person about the facts involved in your case, a good criminal lawyer will know how to build on what you bring to the table and improve your chances of avoiding conviction.

It isn’t unusual to get additional charges that may or may not be true. This could mean a longer sentence. But legal representation can actually help you reduce charges and keep your case focused on the main charge.

So, if you believe the police have arrested you wrongly or without cause, you should call a criminal lawyer.

Criminal charges are serious business. You can be charged with everything from theft, assault, or uttering threats to charges involving the safety of others. In such a case, contacting a criminal defense lawyer as early on as possible is the best thing you can do for yourself.

But if your lawyer isn’t well-versed with Maryland and Baltimore’s legal procedures, your chances of winning your case will be slim to none. Thus, it is crucial for you to work with an experienced professional.

A professional criminal lawyer is someone who has passed the state-administered bar examination and is licensed to practice law within a particular jurisdiction, such as a state or county.

Your defense lawyer should be research-centered, have an analytical thought process, and be investigative along with the ability to depict facts authoritatively – besides possessing a profound understanding of criminal law.

Finally, they should possess a positive track record so that you can rest assured knowing that you are in safe hands.