There is Hope: 9 Examples of DUI Charges Dismissed 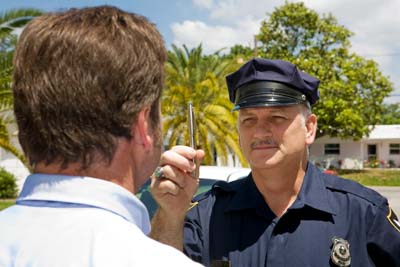 It is said, you lose all the battles that you don’t fight. If you are facing DUI charges, a DUI defense lawyer or a drunk driving lawyer can come to a life-changing rescue.

From righteous criminal defense to excellent work by a drug possession attorney, here are 9 instances where DUI charges were dismissed.

9 DUI Cases Where the Charges Were Successfully Dismissed

Upon suspicion of drunk driving, an individual was stopped and taken to the police station. Upon a breath analysis, they blew a 0.18 into the Intoxilyzer 5000.

As the case unfolded, the charges were reduced to reckless driving. Thus, with the help of a drunk driving lawyer, this individual was able to avoid hefty penalties of a DUI conviction.

An experienced DUI attorney argued for their case and helped secure consequences without lifelong penalties by reducing the charges.

The police noticed the smell of burnt cannabis on an individual. They were caught in possession of marijuana, which led to an arrest.

Partnering with a local DWI Attorney can help you secure the right course of action to help alleviate the charges in similar cases to protect your license.

Case 3: DUI charge upon an accident with a parked vehicle

An individual collided with a parked car, so the police intervened to investigate. They found two empty bottles of alcohol in the vehicle of the accused. However, no sobriety tests were conducted on the individual at the time.

The individual was taken to the police station, where they tested 0.2 on the breath analyzer. During the trial date of the case, the arresting officer failed to be present. Furthermore, the breath tests had been voided during the trial because there was skepticism around the timing of the consent warning that is usually implied with the tests.

Considering this turn of events, the charges were dropped with the help of a DUI defense lawyer. Experienced lawyers will analyze the laws used to implicate an accused and fight to uphold whether those laws were followed or violated during a charge.

Case 4: Passed out on the road

After a birthday celebration, an individual was found by a passerby, passed out in their car with the car engine still on. The car was facing the wrong way, and it was also on the wrong side of the road.

As the police officers reached the scene, they found the individual drunk and disjointed. Upon further investigation, the individual insisted that they were not driving, even though the evidence stood against them.

As the criminal defense case proceeded, their partner testified that they were driving the car and, after a harsh argument, had left their partner in the car and walked away. The DUI case was dismissed, and the individual was released as not guilty on all counts.

An individual who was overspeeding was stopped by the police. However, they ignored the commands of the officer and forcefully tried to reenter their vehicle.

During this act, the police confiscated cannabis in the vehicle. Upon the intervention of a drug possession attorney, the individual was enrolled in a drug treatment program. Upon its completion, the State dropped the charges.

The individual ran into two cars that were stagnant at a red light. The individual and their friend, who was apparently the co-passenger, both needed medical attention when they were found by the police. Since the subject reeked of alcohol, they were charged with impaired driving.

Upon the intervention of a criminal defense lawyer, the drug tests at the hospital were not considered on a technical basis. At trial, due to no clarity on who was driving the vehicle and the lack of blood reports, the individual was acquitted of DUI charges.

An individual was stopped over by the police for changing lane after lane irresponsibly. Upon interrogation, the individual showed signs of alcohol influence, and the breathalyzer readings prompted a 0.11. On trial, with the help of a drunk driving lawyer, the State dismissed all charges.

Upon a minor traffic accident with a taxi, the individual was interrogated by the police. The individual showed signs of alcohol influence, however, refused to provide a breath sample.

The police asked them to perform roadside exercises, which as per the officer, they performed poorly. The DUI lawyers took the case to trial, where the State dropped the DUI charges.

Case 9: Case dropped by the prosecution

An individual caused an accident under the influence of alcohol, impacting a vehicle with a single driver. The prosecutor filed a complaint. However, upon the intervention of a criminal defense lawyer and following some negotiation, the prosecution dropped the case before it went to the court.

These examples reflect that the work of a DUI defense lawyer can save an accused individual from hefty penalties and other stricter consequences. Contact our drunk driving lawyer or drug possession attorney today if you are facing a DUI charge.