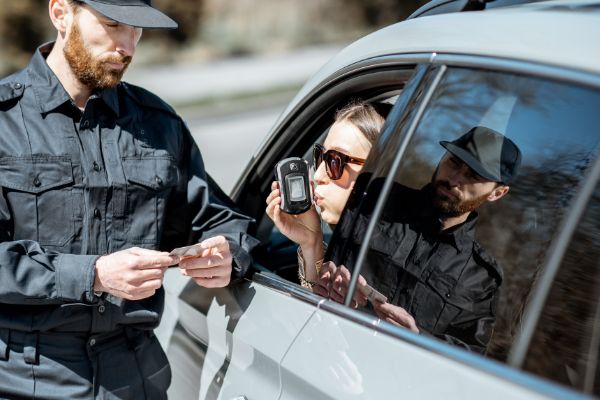 In Maryland, when an individual is found under the influence, they’re administered a blood test or a breath test by law enforcement, mostly in a police station within a few hours of the arrest.

If the results show a BAC of 0.08 or more, there isn’t much to be done unless there has been a violation of rights for the individual. In that case, the test results can be challenged and the defendant may deem the results inadmissible in court.

Learn about the differences of a blood test and breath test and how you can defend yourself against a DUI charge in Maryland.

Consult On Your Case Today

Breath tests are more common when it comes to measuring the BAC for a variety of reasons. First, it’s easier since a test technician is the only person required to perform the test. Second, the machines used for the test are certified and don’t need approval every time a test has to be performed.

Blood testing is done when an individual is unable to get to the police station, mostly in cases of physical injury or death. A blood test is mandated in such cases however it is much tougher to perform a blood test since the state has to prove a chain of custody as well as requires a chemist to be present for the test. Comparatively, it’s easier for the state to admit breath results than blood testing results in DUI cases.

There are a few guidelines that an arresting officer must follow before they make an arrest. First, they should have a reasonable belief that the person they’re arresting is under the influence of alcohol. Then, the officer must explain to the driver their rights to refuse the chemical testings as well as the penalties they might face for doing so. These penalties can include a fine or suspension of the driver’s license.

After this, the officer will ask the driver to sign an implied consent form that ensures that the driver understands their rights and responsibilities regarding the test. Once this has been done, the driver will undergo a breath test from a police department.

Generally, the breath test is the preferred test to measure the BAC however, there are certain situations when it’s difficult to rely on the breath test and this is when a blood test is performed.

For instance, a person may have impaired lung capacity that prevents him from generating a large enough sample for a breath test, an injury that makes it impossible for the driver to visit a police station, or the driver simply in a hospital where a breath test cannot be performed. In such cases, a blood sample is drawn to perform a blood BAC test.

After being confronted by an arresting officer, an individual can refuse to take the breath test. By doing so, the state has no basis to prove that the driver was under the influence of alcohol with a BAC of 0.08 or above. In this scenario, the state doesn’t have to prove a breath test but they have to prove that an individual was drunk which is more difficult for the state since there is no evidence. In essence, refusing to take a breath test will make the criminal case a lot easier for the defendant.

There is however some inconvenience with refusing to take a DUI test. Normally, a driver may receive a suspension of their license for refusing to take a chemical test, although these aren’t any longer than a person who partook in a test will receive at maximum. But in such cases, an individual won’t be receiving a work permit that allows him to drive a vehicle under certain circumstances.

The only possible way they will be able to drive a vehicle is by receiving an interlock-restricted license that requires them to have an interlock in their car for a year. An individual under question must consider these factors before they make the decision of undergoing a chemical test.

However, if a test is already being conducted, the defendant can seek help from an attorney who can help challenge the evidence of the test. A few arguments in this instance can be: the police failed to refrigerate the blood sample within 24 hours of the withdrawal, the alcohol level in the sample could be increased due to the natural fermentation process, or suggest that the preservatives during the test were not mixed in a specific ratio; rendering the test results inaccurate.

The attorney handling your case can also challenge the chain of custody, reliability of the testing equipment, certifications of lab employees, etc. However, if the individual is found guilty even after challenging the evidence, he may incur penalties that could involve a fine or suspension of their license.

We hope this article was able to familiarize you with the process of a DUI incident & the ways to deal with it. In essence, if you think you are not guilty, it’s always better to get help from a DUI attorney and avoid unnecessary complications such as getting your license suspended.